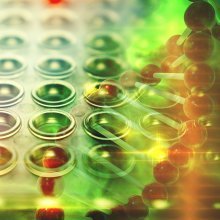 Cannabis and Immunotherapy for Cancer: Are They Compatible?

Cannabis and Immunotherapy for Cancer: Are They Compatible?

Could two rights make a wrong?

Cannabis and immunotherapy have both gained traction in the oncology field in recent years – one to help treat symptoms and the other as a gentler alternative to chemotherapy – but there’s been some concern that for cancer patients using both, the former could interfere with the latter.1 2 A newly published study in the European Journal of Cancer,3 however, suggests there may be nothing to fear.

Cannabis, too, has become more widely used among cancer patients over the past decade, paralleling its growing societal acceptance and expanding medical use. In addition to preclinical research and anecdotal accounts indicating that cannabinoids may have anti-cancer effects, cannabis is also well known to mitigate many symptoms and side effects of cancer and cancer treatment, including nausea, pain, and suppressed appetite.

Worries about the potential incompatibility of these two treatments stem from the fact that the cannabinoid receptor CB2 is predominately expressed by immune cells, and its activation may suppress immune function. Immunotheraperies like immune checkpoint inhibitors depend upon a robust response to do their work. It’s at least plausible, then, that cannabis might interfere with immunotherapy: instead of helping, it may actually hurt.

In fact, that’s exactly what two previous studies from an Israeli research team in 20194 and 20205 have suggested – though, as the authors of the new paper, also based in Israel, argue right off the bat, those earlier findings come with some pretty large caveats. “These studies included patients with various cancers, treatment regimens, and lines of therapy and were given [immune checkpoint inhibitors] at advanced line shortly before death,” the authors write. “Under these circumstances, the use of cannabis is often a mere surrogate for high-burden symptomatic disease.”

It’s no surprise to find two research teams in Israel tackling the same question. Not only is the country a global leader in cannabis science, but medical cannabis is the most prescribed medication for cancer patients nationwide, used by more than 10,000 individuals, the authors of the new paper note.

To further investigate the question of whether cannabis might reduce the efficacy of immune checkpoint inhibitors, they folded two separate tests into the new study: a retrospective, observational study in human NSCLC patients, and a lab experiment using a mouse model of colorectal cancer.

The human study in and of itself is noteworthy. While plenty of preclinical evidence exists demonstrating the anti-cancer effects of cannabinoids, clinical trials investigating relationships between cannabis use and cancer outcomes in actual patients are rare. The best, most reliable kind of clinical trial is carefully organized in advance, randomized, and controlled, but this observational, retrospective study (where relationships between variables were reviewed after the fact via detailed medical records) is at least a step in that direction.

Acknowledging the study’s limitations is important, but the bottom line is clear. Among 201 lung cancer patients at Tel-Aviv Sourasky Medical Center receiving the immune checkpoint inhibitor pembrolizumab as a first-line treatment, rate of tumor progression over years of clinical follow-up was similar between patients prescribed medical cannabis within the first month of treatment (n=102) and patients not prescribed cannabis (n=99). Additionally, no statistically significant differences in overall survival were observed between the two groups of patients.

In the animal portion of the study, the researchers treated a total of 30 tumor-bearing mice with either: 1) a high-THC cannabis extract (at two different concentrations); 2) an immune checkpoint inhibitor drug; 3) immunotherapy plus cannabis (again at two different concentrations); or 4) an inactive control vehicle, with seven to nine individuals in each group. Tumor volume and survival rate were evaluated in the mice over the ensuing weeks and months.

A Sigh of Relief

Here, again, the researchers’ findings are unambiguous – and even more tellingly, they align with those of the human study. Cannabis treatment did not alter the efficacy (for better or worse) of the immunotherapy. In addition, mice treated with just cannabis fared slightly better than mice in the control group in terms of both tumor growth rate and survival rate.

“Our data suggest that the use of cannabis concomitantly with [immune checkpoint inhibitors] does not reduce treatment efficacy in NSCLC,” the authors conclude. “With the increasing use of medical cannabis worldwide, this finding is of major clinical importance.”

Future work (ideally in the form of randomized, or at least prospective clinical trials, to produce the best evidence possible) could test the applicability of these findings to other cancers, treatment combinations, and cannabis extracts. But for now, at least, they may offer – as the paper’s very title suggests – a “sigh of relief” to those concerned about cannabis’ role in cancer immunotherapy.

Nate Seltenrich, an independent science journalist based in the San Francisco Bay Area, covers a wide range of subjects including environmental health, neuroscience, and pharmacology. Copyright, Project CBD. May not be reprinted without permission.